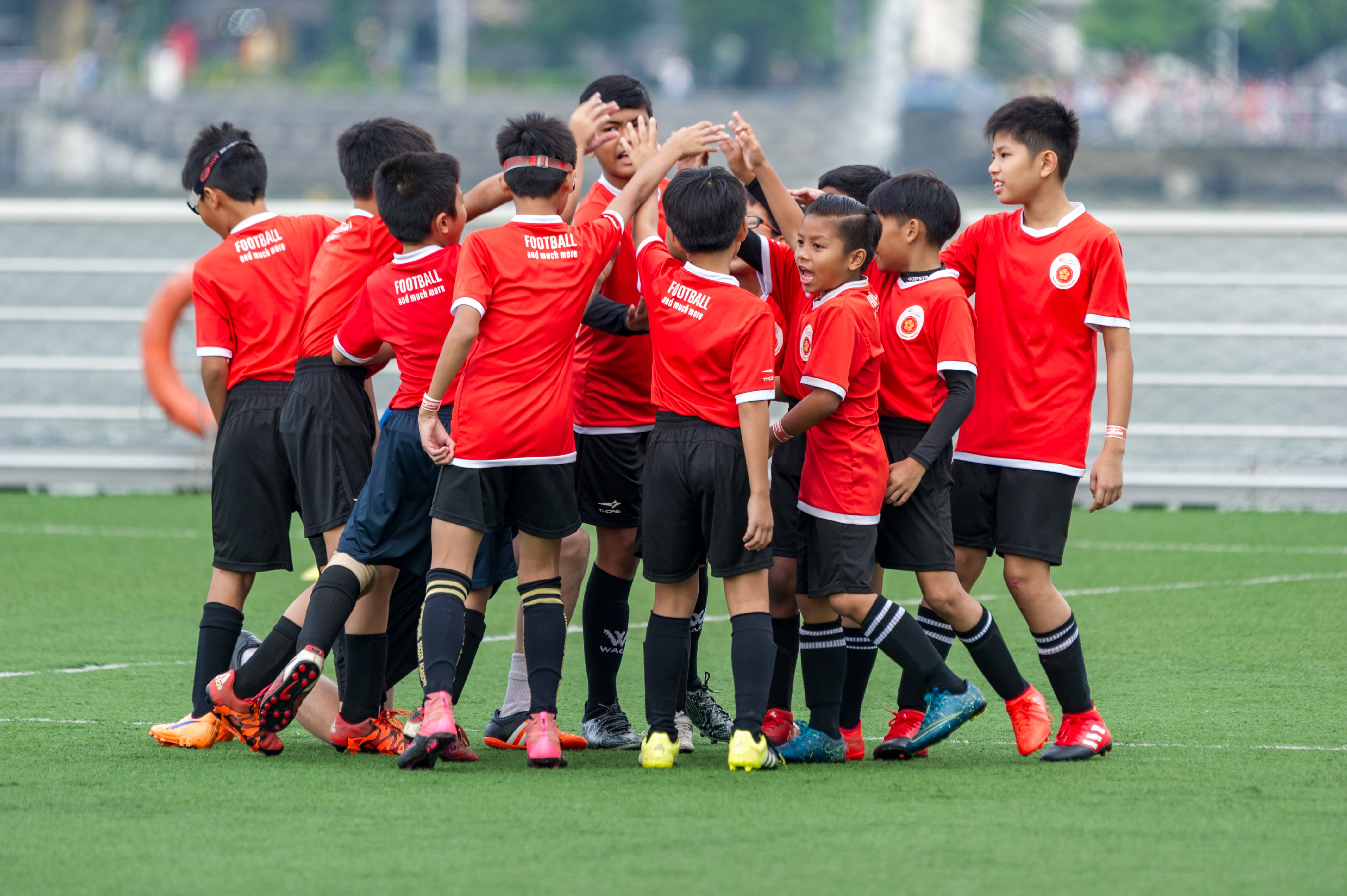 So, my son has just started his football CCA in school a couple of months back. They only start their CCAs in Primary two for his school and he had been looking forward to finally getting started on a sport that he enjoys playing, as well as spectating.

Things seemed to be going swimmingly well up until recently. I had gotten him some basic football gear before training sessions started in July and promised him that he can potentially get an upgrade if he eventually makes the school team. I now kind of regret making that comment as I’m not exactly sure if that somehow placed added pressure on his young shoulders.

‘But’. Ok, the dreaded word. I started to flinch a little as I saw a little disappointment creep into his little face. Apparently, the coach has been selecting boys who have been displaying potential and pulling them out of the general training sessions and placing them in the developmental squad. To make matters worse, most of his classmates are now in that developmental squad and yes you are right, my son was not selected.

He shared how he felt a little disappointed and doesn’t quite understand why he wasn’t picked along with his mates. In his young mind, he was pretty good at the sport and this was pretty much the first time he is facing rejection in a sporting sense.

I was stumped. My eight years of parenting experience did not prepare me for this moment. What should I say to my son? Should I tell him that maybe he just isn’t good enough? Or maybe he should try another sport? Will that destroy his confidence and scar him for life? I realised that I had no good advice for him and could only mutter something generic along the lines of ‘keep doing your best and try to work your way into the team’ and ‘don’t give up blah blah blah’ without really addressing his concerns.

This incident weighed heavily on my paternal mind and I was determined to help parents around the world cope with this issue when they come face to face with it. That’s the least I can do right?

Which is why I approached Mohammed Azhar Yusof, Head of CoachSG, a platform launched by Sport Singapore to enhance and support the development of professional capabilities and standards among local coaches, for some insights into how parents should react when faced with a similar situation.

Providing support and listing to your child

Azhar shared: “Not meeting the cut does not mean they are not good and certainly does not mean the end of the road for the child. At that point in time, it is important that parents remain supportive and celebrate the positives, and the achievements that the child has already made and that they are still a part of the team.”

He added: “Bring them out for a meal, get them an ice cream perhaps, connect and empathise with them. Keep supporting them. Often times, the kids will open up after you have provided that support and would want to talk about their feelings and what they would like to do. Give them the time and space and they will open up to you. And that’s where parents come in to help them identify how they can improve themselves.” 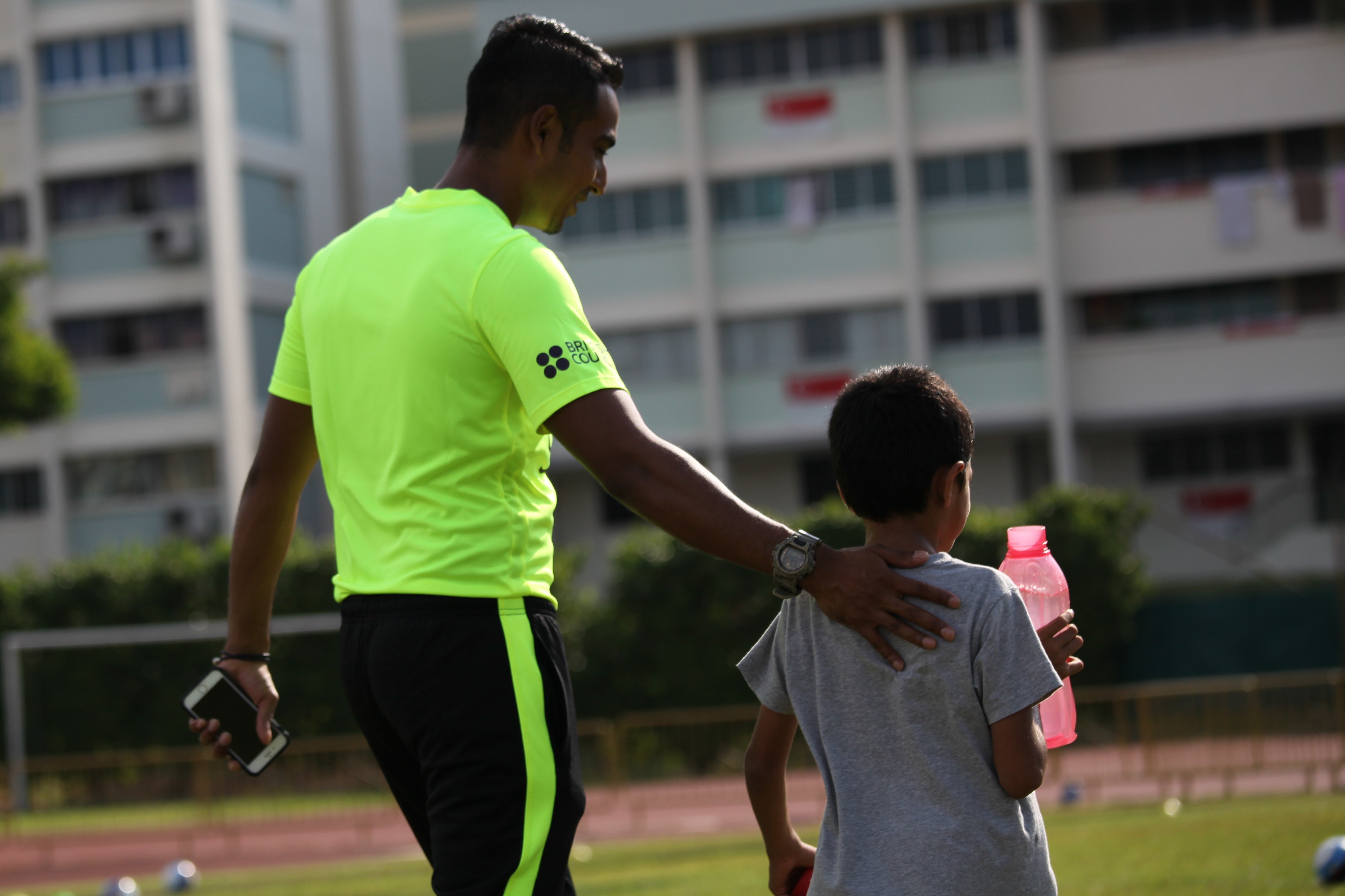 “The key here is enjoyment. That is what keeps children going back for training and staying in the sport. Enjoyment is that intrinsic reward for continued participation and it can come from many sources such as the coach, teammates, performance and of course parental support,” said Azhar.

Communication with the coach

According to Azhar, a good coach would have a set of selection criteria that is made transparent for all the players to work toward. Parents should therefore find out from the coach what are the areas that the child should work on in order to improve and become a better player.

How should parents themselves cope with the disappointment?

Azhar also stressed that parents should not live their unfulfilled ambitions through their children. Their children’s successes or failures are not necessarily a reflection of them. They should always focus on the positives and what their children have achieved instead of what they have not.

Failure is the stepping stone for success and parents should use the opportunity to teach children about being resilient; to pick themselves up and strive to be a better athlete and more than anything else, a better person.