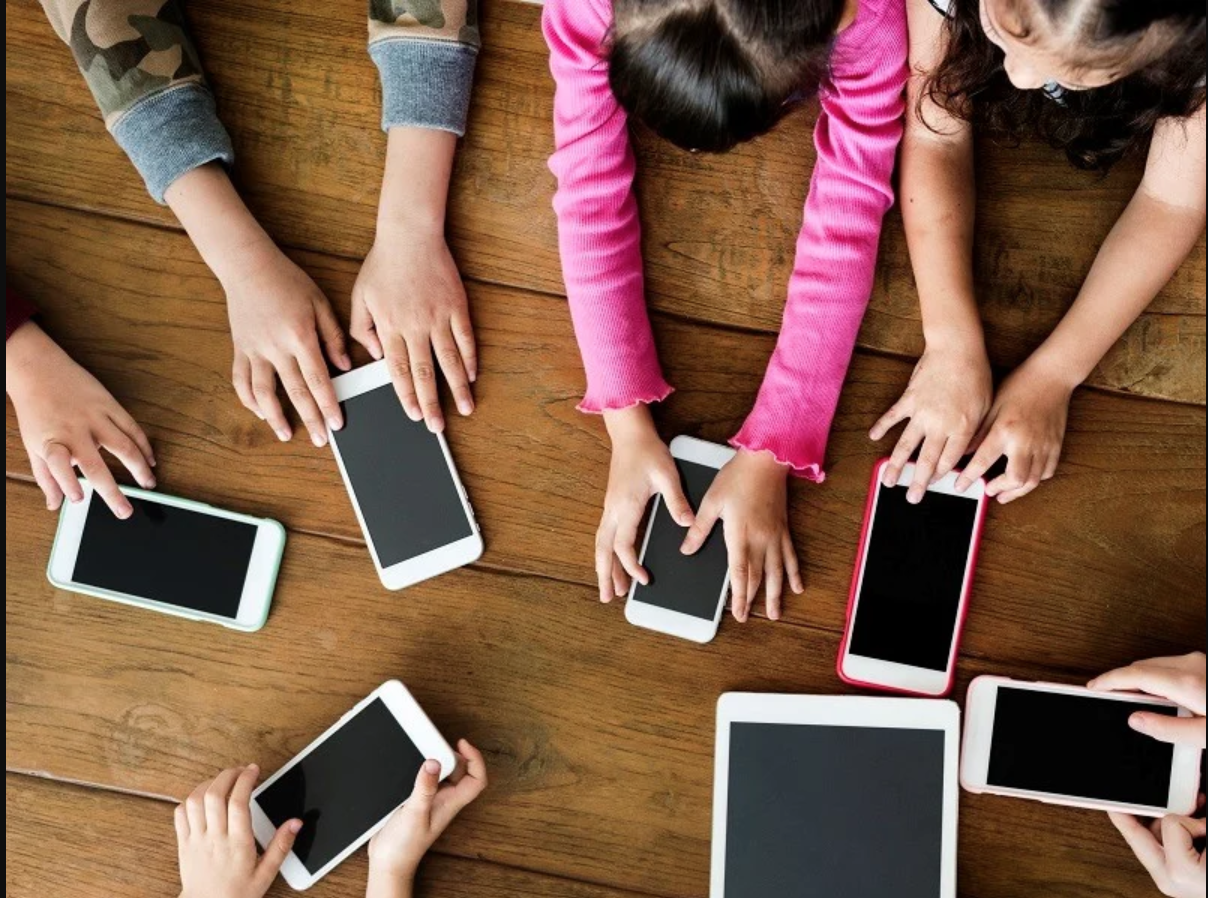 In this unprecedented climate, many working parents are forced into work-from-home situations across the globe. The real challenge is juggling between conference calls, never-ending emails, ongoing deadlines and a child demanding for undivided attention – all under one roof!

Don’t panic! Let us explore ways to stay productive and manage healthy screen time together as a family.

In terms of guidelines, here is the general consensus:

Now, you may start wondering: should I even allow my children any screen time at all? While it’s ultimately a matter of personal choice, completely banning your beloved child from the screen isn’t 100% necessary. There are certain instances when screen time isn’t a bad thing, but it’s crucial to be able to clearly distinguish the fine line that exists between what's considered acceptable and unacceptable.

When it's okay to have screen time:

There’s a term for this: joint media engagement. This occurs when parents actively involve themselves in the child’s screen-time, such as by explaining what’s on the screen or asking questions to drive further thinking. This will help your little one process and think about what they’re seeing, thus adding another dimension to the otherwise 2D content they’re consuming.

Introducing your child to the concept of video calls might bewilder them at first, but it’s a step that can and should be taken. First of all, it helps your child build loving bonds with a relative or grandparent who lives far away. Video calls can also have the added advantage of allowing the young ones to pick up new words or practice their listening and interaction skills, as the person on the other end speaks directly to the child and attempts to establish a connection.

As kids are known for picking things up at the speed of light, it’s important to vet the quality of the kind of media they tend to consume. Open-ended apps are one form of educational material that experts support. Compared to linear apps where toddlers can only follow a set sequence of events, open-ended apps are great because they foster creativity and an adventurous spirit in kids, and even gives them the opportunity to role play in certain instances (which all kids love). Examples of such games are sandbox ones where kids are encouraged to design a world or landscape in their own image, or even those that involve rudimentary coding.

When it's not okay to have screen time:

It's common for parents to resort to playing videos when our kids start getting impatient during mealtimes. While it can be difficult to refuse a child's earnest request for some cartoons-on-demand, the line needs to be drawn when it comes to using screen-time as a means of distraction.

There is nothing wrong with children having some quiet time where stimulation and entertainment aren’t given to them! This is actually encouraged, as it provides them with the opportunity to figure out ways to amuse themselves or explore how things work on their own. Managing screen time can be done at home, and there are numerous ways to do this:

Designating a fixed number of minutes or hours of screen time a day is the most fundamental method of ensuring your little one isn’t spending too much time glued to a screen. You can also set aside specific times of the day for them to watch the telly or play a game, such as when you’re showering in a tele-meeting. The time limits can be flexible depending on whether it’s a weekend or weekday. Explore screen-free activities such as:

Switch off the TV when it isn’t the designated time, because having the television blaring in the background can be distracting to a children. Also, keep the bedroom a device-free zone as much as possible so the little ones don’t develop the bad habit of using devices in the bedroom.

Children are extremely observant and pick up behaviours from what they see. Those living in the household who interact with them most, be it yourself or a domestic helper, should avoid using mobile devices when it’s non-designated screen time for kids, because they’ll be sure to notice and ask questions. Putting our devices aside also allows us to devote our undivided attention to helping our kids explore and interact with the world around them.

Allocate some time every day for your child to engage in some independent play – this will do much more for mental development than any educational programme. Independent play helps children to learn to concentrate, focus and build confidence. It’s important to start when they're young and give them the freedom to explore and create their own fun – the best materials you can provide are open-ended or role-playing toys such as building blocks, dress-up materials and fake food.

At such a young age, everything that your child interacts with can have an impact on their long-term development. This is why the relationship between children and technology is one that must be governed with care and caution in order to maintain some measure of balance. Taking an extreme stance wouldn’t be very beneficial to both parties, so finding a happy middle ground is key. Furthermore, you don't have to go at it alone if you don't want to – expert help is only one click away.