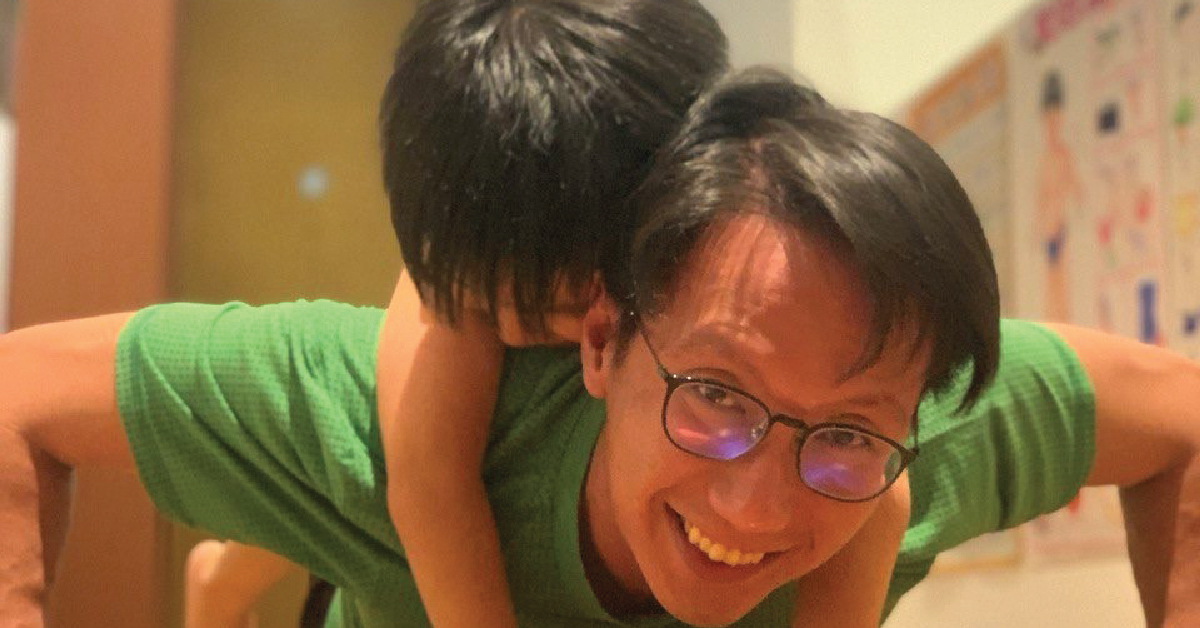 “The birth of our son was the happiest moment in my parenthood, although it was a difficult period for us as we had multiple pregnancy complications which resulted in our son being born premature at a birth weight of 800g. However, this brought us much closer as a couple and as a family. We are very thankful that our son is now well and healthy and we are reminded daily of this miracle child.

Being an Active Parent means spending quality time and being engaged with my son. I believe at the emotional level, it has built a stronger bond that would serve us well as he grows up through different life stages.

As a family, we enjoy heading out to the parks to cycle and to swim in the pools. It has been great since our son can cycle a two-wheeler. He would cycle and I would run after him so it is a combined workout. Soon, I probably wont be able to run after him as he is getting faster!

Earlier this year, unfortunately, my son had suffered a bad fall while cycling. I was alone with him as my wife had a work commitment. He had just learned to cycle on a two wheeler and had fallen as his hands were too small to press the brakes. Despite a bad fall at the start, he did not give up and cycled on for another hour. It was a moment where we shared the values of tenacity, not giving up and courage. I was very proud of him.

Circuit Breaker (CB) was actually a period we spent more time with our son, especially with Work from home (WFH) and Home based learning (HBL). As we were not able to venture out, we worked on building Lego sets and probably did up to 8 sets during CB. I believe Lego is great for our children to help them with creativity, concentration and dexterity. I look forward to spending more outdoor time with my son and to join the active brisk walking group at Zhenghua once we are able to hold large group activities.”

Edward Chia is the Grassroots Adviser to Holland-Bukit Timah GRC GROs and has a 6-year-old son. He enjoys a wide range of sport such as football, tennis and strength training.