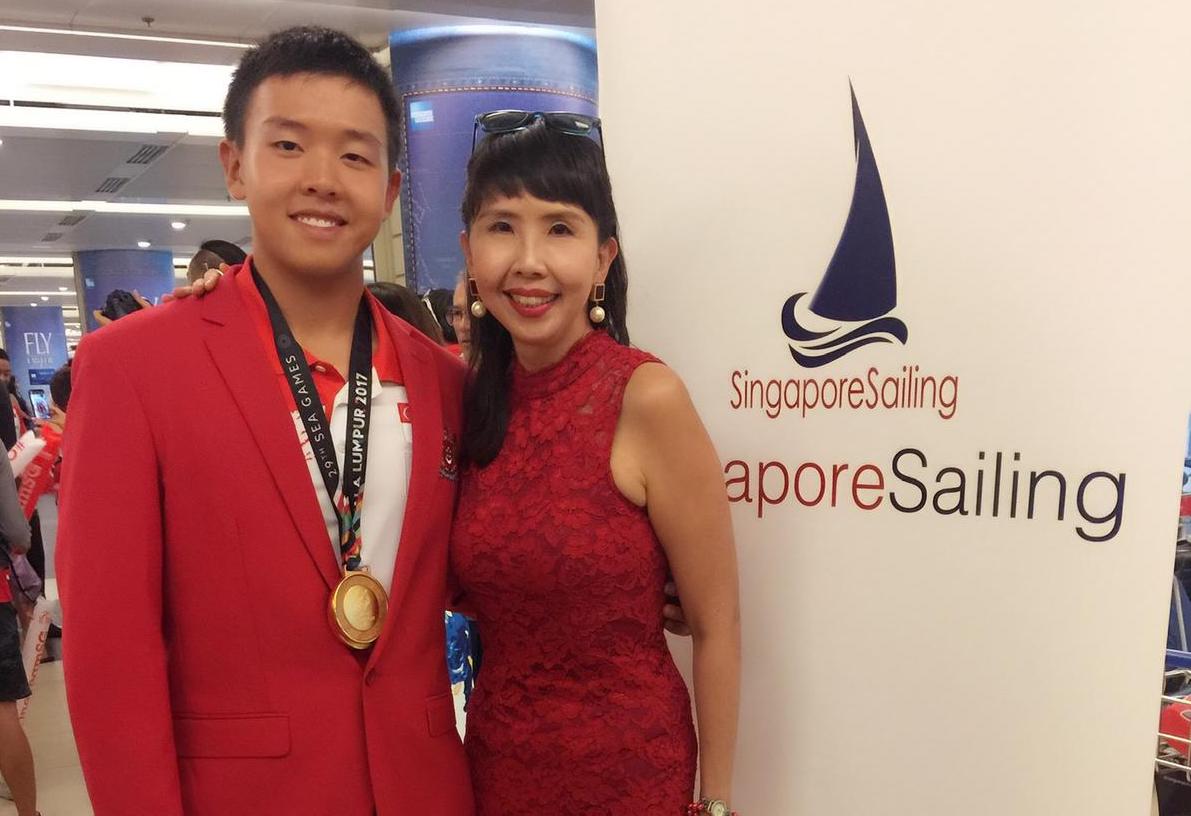 Auntie Dolly: A Mother to all Athletes

Dolly Lo, otherwise know affectionately as Aunty Dolly to many Team Singapore athletes, is a quinquagenarian, and proud mother to her son Ryan, 23.

Ryan, is also a Team Singapore athlete and like all mothers, she loves her kid to bits and has been supporting him all these years to help him achieve his dreams.

She shared: “Ryan asked to sail at the tender age of seven and worked his way up to be an Opti national sailor at the age of nine. I have always been driven by his passion and I can recall those initial years when I waited for hours while he went sailing. During competitions, I could be there from 8.30am in the morning till 7pm in the evening. We had to buy him boats, sails, equipment and attire as well. Support also came in the form of giving him personal tuition because he was always missing school to represent Singapore.

“As he got more and more serious about sailing, there was the emotional support that he needed too. I made a lot of mistakes in the initial years when I wanted him to do well. After some time, I learnt that I had to give him space to grow and to make mistakes. I have learnt so much about an athlete’s psychological needs through the years that I have supported my son,” Aunty Dolly added.

Besides being a pillar of strength for her son and family, Aunty Dolly is also known for being a motherly figure for many Team Singapore athletes. 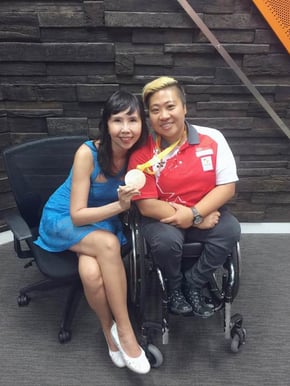 Theresa Goh, former Team Singapore swimmer, said: “Auntie Dolly is well known as the mother of athletes. Before I retired, I frequented the athlete's centre (ASC) and Auntie Dolly was always there as an encouraging figure. She made sure to make all of us feel part of the family. She remembered our names, our sports and our competitions. She made us all feel loved regardless of our results and always made sure to support us, physically, mentally and emotionally!”

She was at the Athletes’ Centre once a week for two hours to interact with the athletes from October 2014. During SEA Games 2015, she requested to help and was there to get to know the athletes and support them at their competition venues for the whole duration of the Games. She felt so happy supporting the athletes and felt that this was something that she could continue doing. 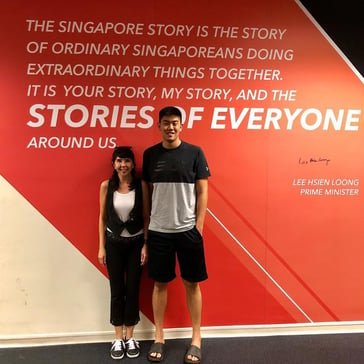 Delvin Goh, Team Singapore basketballer, said: “She is this very fashionable auntie who is always dressed up and looks like she in her 30s. I remember going to Singapore Sport Institute (SSI) and she will be there, saying hi to every single Team Singapore athlete that walks past, including the working staff. She is very friendly and will sit you down to ask how you are doing, how your team is doing, as well as if your training is going well. Basically, you can talk to her about your life, about whatever is happening and she will lend a listening ear, almost like a counsellor, giving feedback and advice. When it comes to competitions, she will be there to motivate and inspire you, sharing her own stories and experiences. She also attends my games and trainings to lend support, bringing along food for me and the team. She is like a mother to us Team Singapore athletes and I just want to say a big thank you to Aunty Dolly for your support and Happy Mother’s Day in advance.”

Aunty Dolly is known to make the extra effort to support our athletes at various sports competitions in her own time outside of work.

She shares that it is because over time, these athletes became friends and she just wanted to be a good friend to them. She appreciates what they have to go through to reach their level of competence and that they inspire her to keep pushing her limits and to stay committed to her goals and dreams.

According to Aunty Dolly, it requires endurance, sacrifices and hard work to be where they are. She saw what Ryan had to go through in order to be where he is now, and it has allowed her to better appreciate what our athletes go through.

Aunty Dolly said with a smile: “Our athletes are a special breed of people. They are often very appreciative of people who support them. A simple message to encourage them is always well received. A sporting journey can be very lonely especially during times when the athlete doesn’t make the mark. They go through a myriad of emotions; guilt, despair, anger, sadness and some even depression. And if you get to know them on a personal level, they will open up to you. That’s when I realise there is so much meaning in what I do.”

An active person, Aunty Dolly used to play tennis, run, swim and cycle. Nowadays, due to a retinal tear, she goes on walks and works out at the gym.

Mother’s Day may be just around the corner, but Aunty Dolly does not plan on celebrating it as it has been very trying for her since the start of the year. Her brother was fighting end-stage cancer and unfortunately, he just passed away recently. All she wants for Mother’s Day is for the athletes to know that they have us to journey with them and that they are not alone.

She can imagine how depressing it can be when their fitness or skill level starts to drop and when everything is so uncertain. What inspires her is that they are doing all they can to maintain their fitness at home.

When asked what advice she has for all mothers out there this Mother’s Day, she said: “Know that you are dearly loved and whatever you have done for your family, it has lasting effects. In our current situation, I would say a prayer for all mothers to be safe and protected. The family needs them.”