The importance of respect

This article is part of Active Parents’ Meet the Coaches series, brought to you in collaboration with Republic Polytechnic, School of Management and Communication.

A familiar face at the ActiveSG Football Academy, Shida Shariff Low, has a unique coaching style. To her, there is more to football than just winning matches. She believes in the importance of nurturing and caring for her players and having respect for the game.

As a player for 26 years - at both club and national level, including a two-year stint as captain of the national team - Shida feels fortunate enough to have met dedicated coaches along the way. They guided her football career and shaped her as a person.

Now, she hopes to impact her players and team positively in the same way.

Shida has been coaching football for 11 years and she currently coaches the grassroots players of ages 3 to 14 years old. She places strong emphasis in developing good character on and off the pitch and inculcating important life values from a young age.

Her coaching philosophy is to “instill the love of the game through fun, nurturing development through care and developing character through fair play.”

Shida does not believe in being stern all the time during training or matches. Instead, she creates a fun and enjoyable experience for her players so they will look forward to the sessions. She also reminds her players that it is okay to lose every once in a while, as there are always valuable lessons to be learned from every football match.

As a mother of two, Shida teaches her children the importance of embracing their losses and guides them to learn from their experience instead.

“The value of being a team player is so important and if everybody has that in them, the world would be a much better place,” she said. To us, Shida is proof that coaches play a valuable role in shaping individuals not only in the sport but in their character development as well. 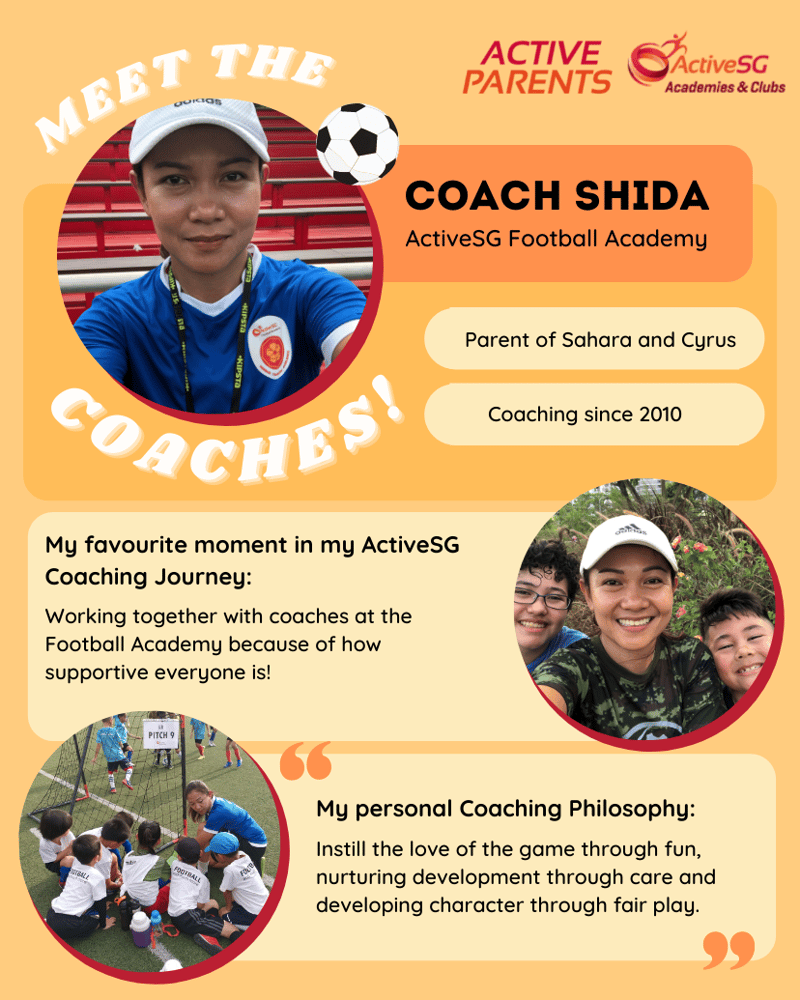